The UK Medical Heritage Library made the 19th century history of medicine freely available to all as an open collection under Creative Commons licence. Over15 million pages of 19th Century medical texts were digitised and made available via JIsc Historical Texts, the Internet Archive and the Wellcome Digital Library. 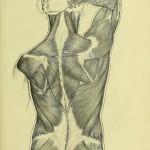 Page from ‘Anatomy for artists’ 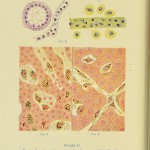 Page from ‘Tropical diseases: a manual of the diseases of warm climates’ 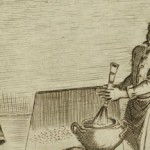 The history of medicine is a very broad subject area and items were included about medical sciences, consumer health, sport and fitness, diet and nutrition and historical medical practices such as phrenology and hydrotherapy.

The Wellcome Library contributed its 19th century collections to the UK Medical Heritage Library, along with nine partner institutions:

The project was funded by Jisc and the Wellcome Library. It has significantly extend the digital collections of the US Medical Heritage Library, a consortium of American medical libraries.

A separate project made the collection available on Jisc Historical Texts where, alongside traditional means, users can use data visualisations to access and interpret the texts. More information about using the tools can be found on the help pages of the HIstorical Texts website.

The rationale for using data visualisations to access the UK MHL came out of discussions with the Academic Advisory Group assigned to the project. They noted that when making such a large corpus available digitally it raises some important questions:

You can also look at information about the project under the #ukmhl hashtag on Twitter.

Here are also some past blog posts from the UKMHL project for further information: