The 1960s began an era of tumultuous social change in the Western world. In the United States, the 1960s saw the passage of the Civil Rights and Voting Rights laws that eliminated legalized discrimination against people of colour. The Stonewall riots served as a catalyst for the LGBT movement. The Vietnam War raged on spurring anti-war movements on campuses and in communities. A book called the Feminine Mystique was published, marking the beginning of the second wave of feminism. 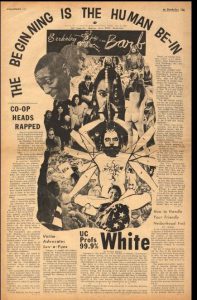 The mimeograph revolution came along at the same time. Newspapers, newsletters and magazines could be printed cheaply which enabled the rise of independent and alternative presses from within the diverse communities that were driving social movements. Unburdened by high publishing costs and commercial expectations, these publications gave voice to new and often controversial thoughts and ideas. Though most of these alternative press publications did not last beyond the 1980s, they had a profound and lasting impact on the culture.

Given their short print runs and non-traditional means of distribution, alternative press publications were not widely collected and preserved by libraries. Today the original publications can mostly be found dispersed among a few special collections libraries. Until now it has been challenging to get a complete perspective of this time period because these publications were not easily accessible.

Through the funding support of 96 libraries to date, Reveal Digital has taken on the challenge of clearing copyright, sourcing material from two dozen libraries, digitizing and making open access 1,000 alternative press publications to create the Independent Voices collection.

Independent Voices brings together alternative press publications from the U.S. and Canada that that were published in the 1960s, 70s and 80s. This content is providing students and researchers with a perspective of this period that cannot be gleaned from mainstream media content. We hope to expand coverage to include alternative press publications from the UK as well. 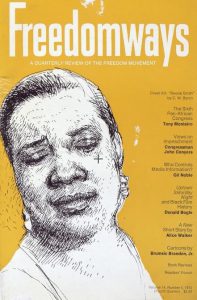 Independent Voices is composed of seven series defined by major social movements of the time. The series are:

The funding to publish and sustain the Independent Voices collection is being provided by contributions from libraries. Funding libraries have exclusive access to the content until January 2019, at which time the entire collection will be made open access.

As proven by the Independent Voices project, Reveal Digital is building an exciting and innovative approach to open access publishing that puts libraries in control of their own content while providing scholars with important new primary source material to support their learning.