This last session in the ‘Looking into the future’ strand was a mix of three very different approaches to delivering and accessing digital content.

David Flanders’ talk was a glimpse into the world of efficient technology design and implementation. Matthew White talked about his experience in marketing, and Shelley Hales and Nic Earle spoke of their success with Second Life.

David began his talk by talking about form factors.

Form factors are all about the way that things fit into each other. Whether they are microchips, servers, or ipods, all objects have been designed to fit specific forms (in these examples computer motherboards, other server components and human hands).

Identifying what your users’ needs are will inform the form factors.

For example, the Google Android phone allows the following uses:

Once a form factor has been identified, the next step is to create a storyboard of how the device will be used, and then build a wire frame to identify what code and information is needed at each stage of the development.

David then went through some work strategies for building systems or devices. He explained techniques such as standing up during a meeting instead of sitting down, speaking from the point of view of the user, and resisting the temptation to plan every stage of a process from start to finish. These techniques are commonly used in software companies, and academia could benefit from adopting them too.

‘Technology is anything invented after you left school’, began Matthew. Growing up with technology generally means that people don’t struggle to use. it.

Matthew explained how marketing online is becoming increasingly attractive, and how not only is internet advertising spending increasing, paid search now makes up half of online spending.

The key to successful marketing is to understand the difference between what people need and what they want, and then to engage users, tell stories, get involved and add value.
Resurrecting the Past Project, University of Bristol 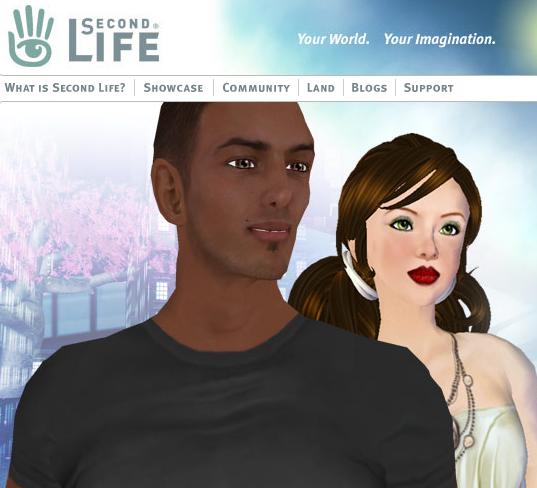 Shelley Hales and Nic Earle explained the work they have been doing at the University of Bristol involving Second Life.

A quick poll of the room revealed that about a fifth of people had used virtual worlds, and everyone knew what they were, and we were also treated to a demonstration of the 3D world on the plasma screens.

The project team have recreated a Pompeii villa in Second Life, and then populated it with digital images of Roman art. Students can explore the villa using their avatars, and then they can click on the art to examine it in more detail. Students can read information about the art, and they can also follow links to external content.

Shelley and Nic admitted that virtual worlds are not right for everyone, but they can provide a new opportunity to integrate content into a meaningful context.

Second Life can be useful because t has a meaningful spacial context. It can bring to life spaces which are difficult to conceptualise, such as cells or galaxies. It is also a good way to explain difficult abstract ideas.

Ben Showers: to quote Wayne’s World, ‘build it and they will come’. Except that’s not true any more. We need to reach out and engage people.

Ben Showers: “Would you agree that commercial companies have a commercial interest not to innovate?”
Matthew White: “No, big brands do innovate.”
David Flanders: “It scares me that Bill Gates, the Google lot and Steve Jobs all left the academic sector in order to innovate. Uiversities will have to embrace different innovative practices to advance.”