According to Robert Miller (Director of Books at the Internet Archive), the entire web can be stored in a 4m x 3m x 3m shipping container. Photographic evidence of this phenomenon was just one small part of the wide-ranging and entertaining second plenary session, which looked at what makes a good library, the Internet Archive, and some of its current projects.

Watch the speaker on video. 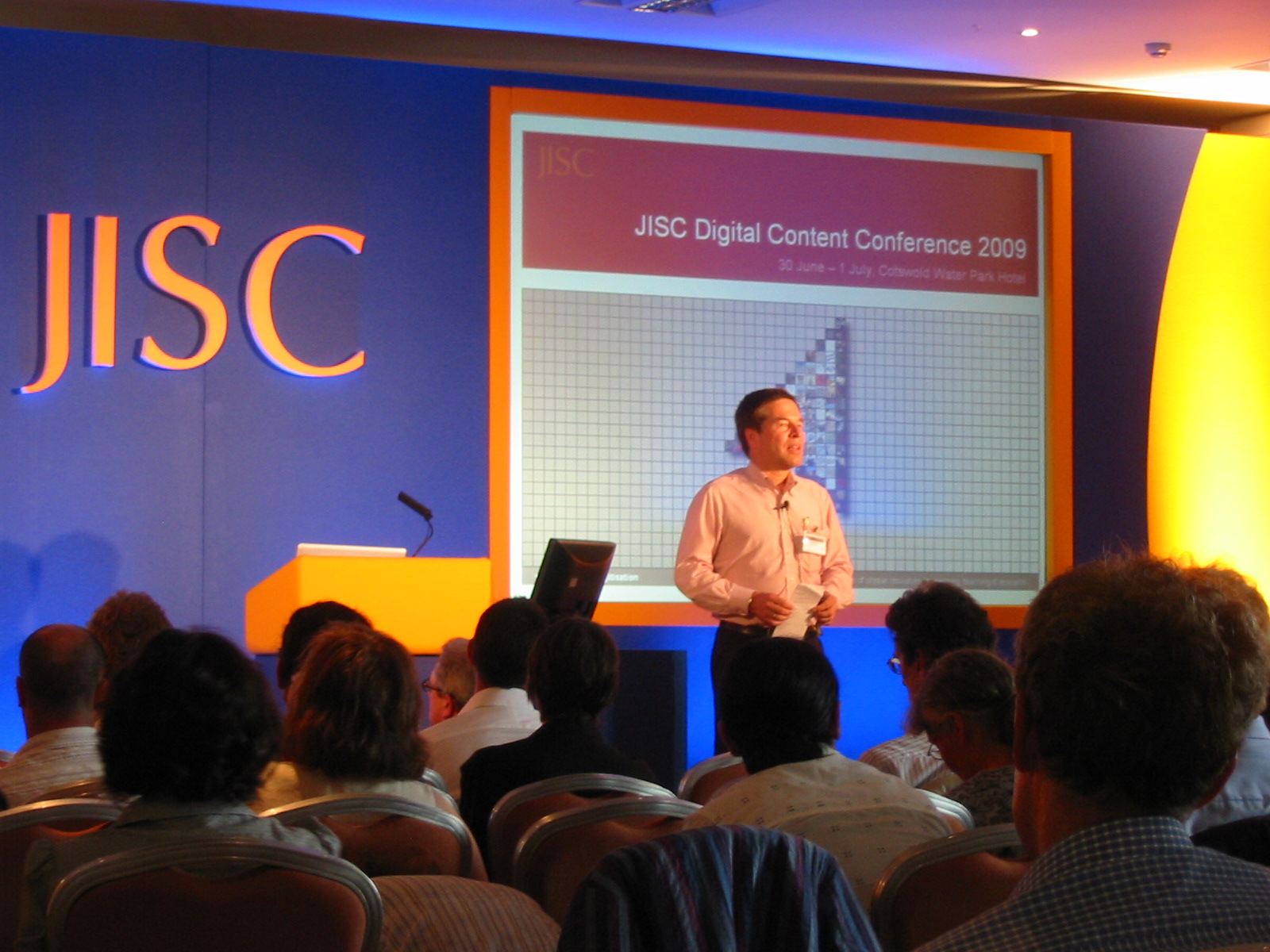 He began his talk with a bit of context: “it’s grim out there”. Public libraries are looking at closing branches, funding is going down, and unemployment has reached 10% in California – all in all, these are challenging times.

And in the middle of all this, comes the question: What makes a good library?

Robert then gave us a quick, whistle-stop tour of the Internet Archive, which is headquartered in San Francisco.

What do they do?

The Internet Archive has three constituencies:

It’s a non-profit organisation, with funding of around $10m from foundations, grants, government and libraries who pay for services.

Essentially, things go in, and some things go out. Their areas of work include:

How are they working to help libraries?

Robert gave some examples of how the Internet Archive is using relevancy, sustainability, evolution and innovation:

Robert also outlined his vision of a conduit where book servers connect readers, lenders and vendors (obviously making sure that authors are paid, and copyright respected…).

The Internet Archive started working with Yahoo, and has also worked with Google and Microsoft – however, only Google is still there in the field of books. Robert pointed out that libaries generally take a view of 100 years, but that’s probably not the case for commercial organisations. This means that new models of sustainability need to be explored – Robert mentioned endowments, grants, sponsors and partners, but the recession if hitting, so new collaborations (for example with the Mormon volunteers) may be the way forward. Another option is maybe a “stimulus package”, as has happened in China and Japan.

Summary: What makes a good library?

Robert summed up his talk with a final word from a Chinese colleague, who suggested the three elements of a good library should be: resource (base) , technical (instrument) and service (goal).

There was just time for a couple of questions:

Q: What are the pros and cons of collaborating with Google?

A: The pros include wonderful tools and services. The cons include trying to take public knowledge and privatise it. Robert thought that Google was near the end of what they’re going to digitise, but made the point that there’s a whole lot more available in public libraries.

Robert closed with a final offer to everyone: the Internet Archive would be glad to digitise 10 books as a starter.  He’ll give you them back, and give you a URL so you can play around with it, and start to think about the way forward with digitisation.