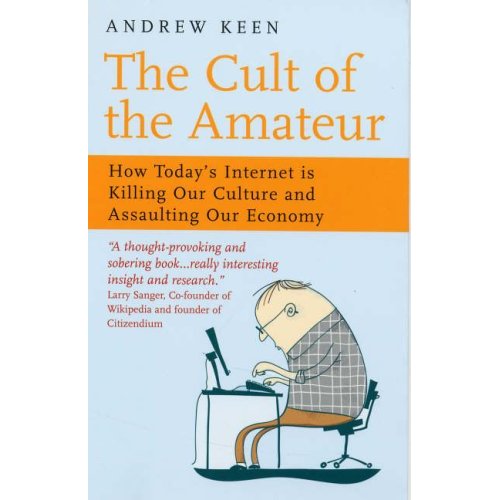 Members of the JISC Digitisation Programme attended the Educa Online e-learning conference in Berlin at the end of November 2007.

Andrew Keen, author of The Cult of the Amateur: How Today’s Internet Is Killing Our Culture, was one of the key speakers at the conference. He made an impassioned attack on what he saw as the anarchic, non-professional nature of Google, Wikipedia, Facebook, My Space and other Web2.0 services.

To Keen, relying on computer algorithms or permitting any users instant ability to upload content was destroying years of accumulated wisdom garnered through peer-review, editorial control and authorial responsibility.

Many of the Keen’s statements were rather polemical, and suggested throwing out the baby with the bathwater.

However, discussion of the issues at the conference reinforced the idea that the important thing is not to try and ignore such Web2.0 services but put media literacy at the top of the Internet and e-learning agenda. This way users will be able to distinguish a trusted website from a second-rate one, and better manipulate services such as Google and Wikipedia.

A further point to consider was that this issues should not just revolve around information technology literacy but a broader media literacy. Knowledge arrives from many different media – newspapers, television as well as the Internet and plenty others – and so to gain a proper understanding of knowledge, these media need to be considered together rather than separately.

1 reply on “The importance of media literacy”