This is the second of a series of posts on the Jisc-Wiley history of science digital archive by our colleague Dr. Hannah Woodward-Reed. It is notable that this resource is free to Jisc members in the UK. 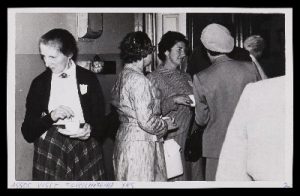 Ahead of this year’s International Day of Women and Girls in Science, we are exploring the archive of the British Association for the Advancement of Science [image 1] .

Almost 100 years ago, the papers reported growth in numbers of women making scientific contributions at the annual meeting of the British Association. More than 20 women presented on subjects ranging from botany to mathematics and were taken seriously as qualified scholars and specialists in their fields. 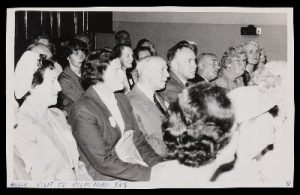 The association gathered prominent scientists and finally opened its doors to women in 1922. Then 40 years later, Kathleen Lonsdale became the first woman to hold the post of President of the association in 1968 [image 2].

Lonsdale was an early pioneer of x-ray crystallography and one of the first women, along with microbiologist Marjory Stephenson, admitted as a fellow to the Royal Society. She was the first female professor at University College, London, and the first woman named President of the International Union of Crystallography.

By the 21st century, more than 60 distinguished women were Fellows of the Royal Society. Many have become household names, such as the crystallographer Dorothy Hodgkin, who won a Nobel prize in 1964, and whose portrait now hangs in the National Portrait Gallery. Hodgkin mapped the structure of penicillin and then dedicated 35 years to decipher the structure of insulin.

Where would we be without the pioneering contributions of female scientists? Today we are especially thankful for the many women and girls in science.

All UK universities and further education colleges can gain free access to the collection through Jisc. Non-UK institutions can access the collections through Wiley. Contact us for more information.