Archival Sound Recordings was one of the first projects to be funded under the JISC Digitisation Programme. The British Library released its initial batch of recordings online in 2007, and has continued to add new (and old !) recordings to this fascinating resource. There are now some 50,000 recordings available, including oral histories, classical music, wildlife recordings and environmental soundscapes.

Recent statistics demonstrate how engaging the site is. From April 2010 to March 2011, there were 2.4m hits on the website, with the recordings listened to over a quarter of a million times. 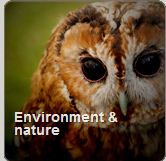 The five most popular individual wildlife recordings were: 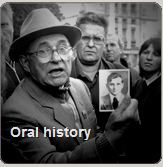 Excluding the wildlife recordings, five of the next popular listens are

2. ‘Go to sleep my baby, close your pretty eyes’ from the Traditional Music in England Collection – 824 views

4. Edith Birkin describing her arrival in Auschwitz, from the Jewish survivors of the Holocaust collection – 625 listens

5. English Conversation: At the Tobacconist’s (including JRR Tolkein) – 557 listens