Cartoons are a very effective medium not only to comment on the social, political and historical events of our times but also for their power to stay in people’s hearts forever, thus recalling a particular event.

One of the many contributors to the Great War Archive, part of the First World War Poetry Digital Archive, which launches today, submitted a Punch cartoon to the site with the comment:

My interest in the First World War originated from chatting to my two grandfathers […] However, my early reading about the war centred around old copies of Punch magazine, especially the cartoons. This is my favourite. 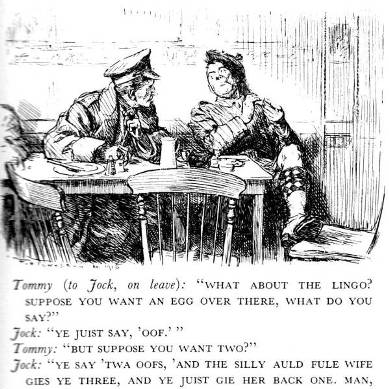 The same anxiety about eggs, diet and culinary habits during the First World War is also immortalised by Carl Giles in a cartoon published in the Sunday Express on Armistice Day on 11 Nov 1984 and now part of the recently launched British Cartoon Archive. 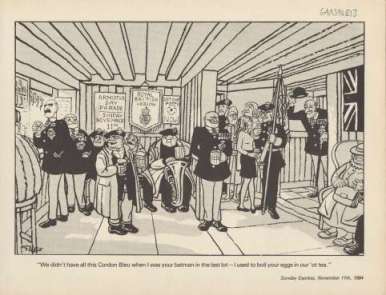 The caption reads: “We didn’t have all this Cordon Bleu when I was your batman in the last lot – I used to boil your eggs in our ‘ot tea.”

Both the First World War Poetry Digital Archive and the British Cartoons Archive are projects funded under the JISC Digitisation programme and make freely accessible thousands of digital images, texts, and audio-visual material for use in teaching, learning, and research.

The First World War Poetry Digital Archive focuses on resources on the major poets of the period and also includes the Great War Archive, a collections of digital objects relating to the First World War submitted by the general public.

The British Cartoons Archive web site is dedicated to the history of British cartooning over the last two hundred years. It holds more than 130,000 original editorial, socio-political, and pocket cartoons, supported by large collections of comic strips, newspaper cuttings, books and magazines.