I have recently attended a number of events on the role(s) of Public engagement in the Arts and Humanities.

As a result I thought it might be useful to document some of the key issues that arose from these events, and some of the actions institutions and departments have been taking to deal with these challenges.

These are not exhaustive, nor final… just some of the more interesting points that arose from the discussions. 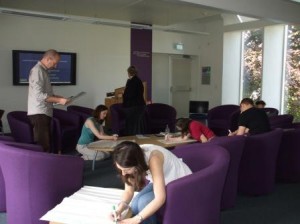 Is the way we fund engagement part of the issue? The project methodology is a possible barrier to the uptake and embedding of public engagement by researchers – when the funding ends, so does the engagement.  Are there better ways of funding projects and research to engage outside of the academy?

Another issue that arises from the funding model is that researchers often lack the partnerships and collaborators prior to funding being available.  Could funders provide small amounts of money to establish some of these engagements and relationships, before large amounts of money are spent on research.

Should it be less about impact and evaluation and more about dissemination and best practice?:

You can count the number of seeds you sow; not the quality of the trees that will grow

The recently funded Community Content projects from JISC confront and address many of the issues that arose from the discussions and workshops at these events.  Visit the project webpages to discover more.