One of the largest and strangest archives in the UK is the collection of the British Geological Survey. Its mammoth collection store, just outside Nottingham, holds thousands of fossils but also pallets and pallets of rocks samples, often taken as samples prior to oil drilling. 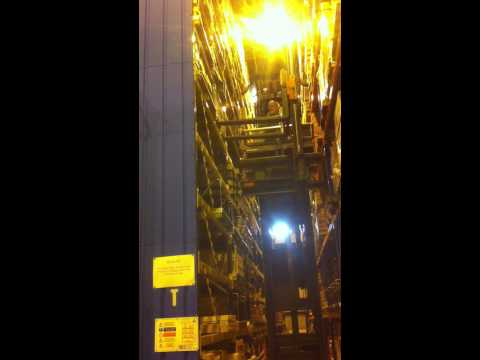 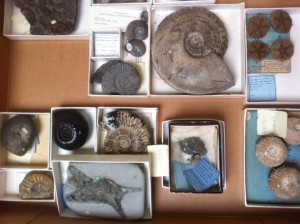 JISC has recently funded the Survey to lead a nationwide project to begin a UK fossil collection, including the 3D digitisation of some of the most relevant pieces.

The fossil is placed on the turntable, and the same piece of hardware takes a 2D image (via a digital lens) and 3D image (via a laser). The 2D image has captured colour whilst the 3D image have captured texture and shape, but only from a single viewpoint. 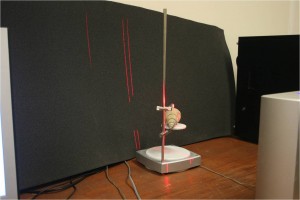 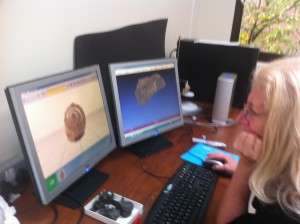 So the turntable then turns a set number of degrees, and more 2D and 3D images are taken until 360
degrees are completed. 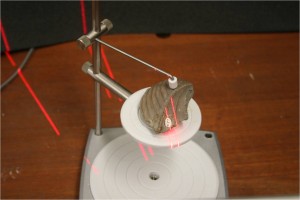 The digitisation operator then has a suite of images to merge together.

There is some manual cleaning up (e.g. removing the turntable from the image) and then the operator clicks at similar points on related images. 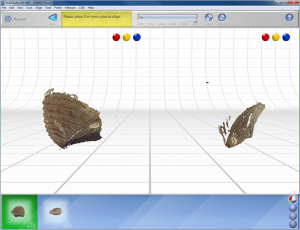 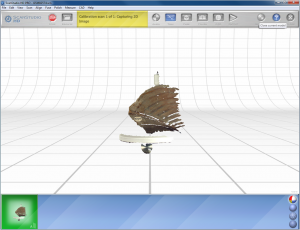 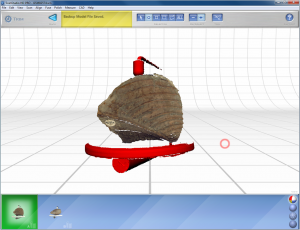 From this, the software can merge the images together to form a single 3D digital object. 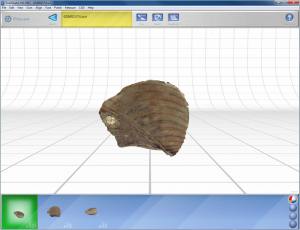 The project aims to digitise 4,000 fossils as part of its JISC funding. They will be made openly available via a variety of formats, allowing users to inspect them online (via Adobe 3D PDFs), download them for use in their own software (such as the open source MeshWeb) or even recreate the fossils using 3D printers.

Where will they be available from? I would also like to offer my time to help with scanning and image cleaning. Thank you.

Hi Iain, the 3D models will be available on open access through the British Geological Survey database on their web site. You can find contacts for the project one the JISC project page here and also follow the project’s progress through their blog.